In the Gallery - Route 66 Road Fest Skip to content 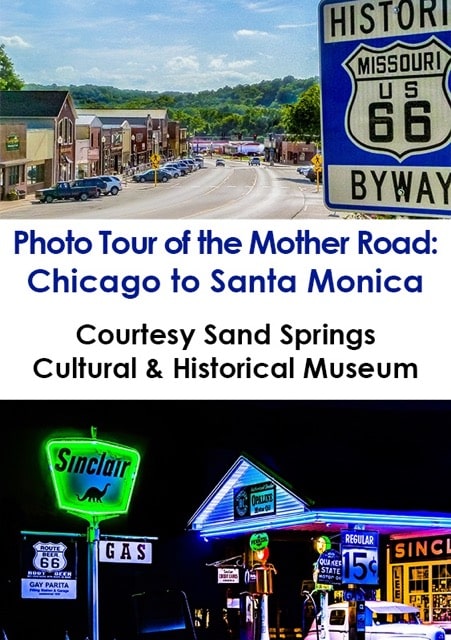 Motor west on “the road that is best” with renowned photographers Shellee Graham, Jim Ross, Jax Welborn, Rhys Martin, Roamin’ Rich and others.

Route 66 was The Main Street of America from 1926 to 1985. Beginning in Chicago, the road traversed the small towns and big cities of eight states—Illinois, Missouri, Kansas, Oklahoma, Texas, New Mexico, Arizona, and California–to its western terminus in Los Angeles. Over 2,400 miles total.

However, the highway taken by the Joad family in The Grapes of Wrath, the path that inspired a popular song and a TV series, the trail of a trillion (rounded number) family vacations refused to die!

Stay Up
To Date!